By
Scott
– February 27, 2010Posted in: Other
About a year ago I was fortunate enough to receive a Kindle for my birthday. I also received a protective neoprene case to keep it from getting damaged. The case seemed like it might protect the Kindle against short drops and light direct pressure, but I never felt comfortable throwing it in my backpack or leaving it out. I looked online for a good, protective hardcase for the Kindle, but found only neoprene sleeves and moderately protective leather covers. None of these things seemed to offer the amount of protection I wanted for a $350 gadget with a very thin and delicate screen (which cannot itself be replaced). I wanted something more like a Pelican case, something capable of withstanding high static pressures. The closest Pelican case I could find to what I wanted was designed for a laptop, but that seemed way too big to be practical. So, having been failed by capitalism, I endeavored to build my own.

Initially, I had grand schemes about making the case out of fiberglass and integrating a solar charger into the cover. I even drew a fancy picture: 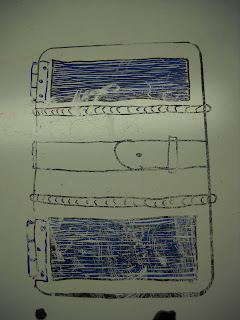 I put a lot of time into trying to make fiberglass case halves, but this ended up being mostly messy and difficult without the proper tools. Someone with more (read: any) experience with molds and fiberglass could probably knock it out pretty easily, but my feeble attempts using wooden molds just weren’t as clean as I’d hoped they’d be. 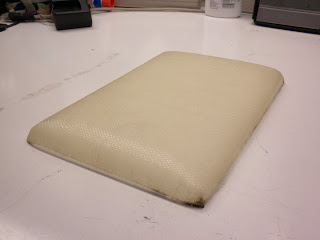 I felt like I’d gotten something that, with a little more effort, time and money could have been refined into being usable, but I was discouraged by the general messiness of fiberglass and decided to try a new approach. I wanted to look into building a solid wood case, so I drew another fancy picture and began construction. 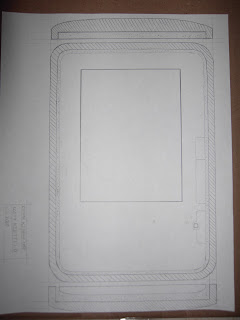 Although I had no prior experience working with hardwoods, I think the results turned out just fine. Here’s the first iteration of my mesquite Kindle hardcase: 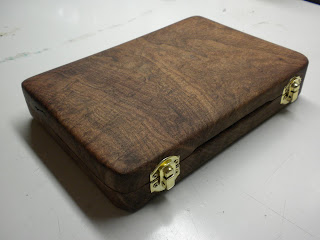 Some will say that two spring-loaded clasps is overkill. They will say this until their singular clasp accidentally unlatches, their case pops open and their Kindle falls out & onto the ground. To protect something that costs several hundred dollars, an extra clasp makes sense to me. 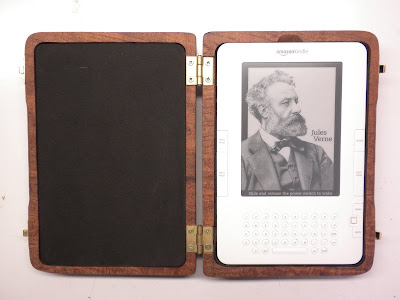 The edge of the kindle is surrounded by high-density foam to protect it from short drops. I cut the inset for the Kindle a little too short, so there wasn’t space for padding along the top edge. Future versions will have foam on all edges. 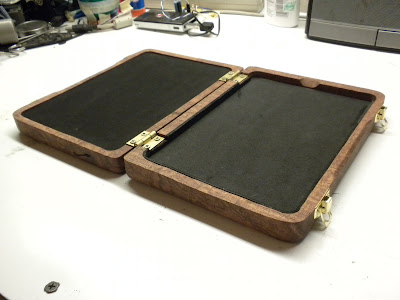 You’ll notice there also isn’t anything holding the Kindle inside the case. This is definitely something that needs to be fixed, and in future versions I think I’ll add brass turn buttons to all four corners. I also still want to integrate a solar charger into the case, but that will take some more time.